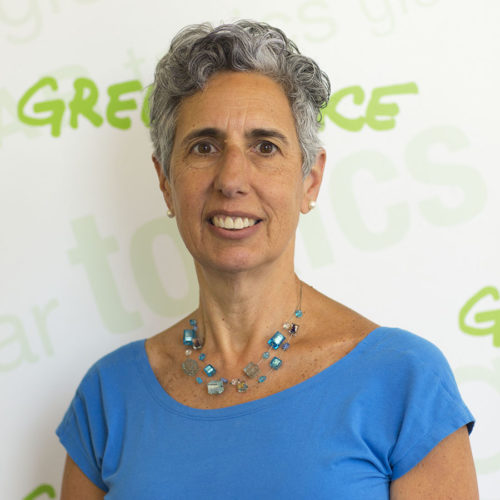 Karen Topakian, owner of Topakian Communications, is a writer, speaker, communications consultant and activist. Karen worked for more than 40 years in the nonprofit world, including 16 years, as the executive director at the Agape Foundation-Fund for Nonviolent Social Change. She served as board chair for Greenpeace, Inc from 2010-2018.

Karen started her career at Greenpeace in San Francisco in 1987, when she joined the Nuclear Free Seas campaign. This international campaign worked to rid the world of naval nuclear weapons and to end below ground nuclear weapons testing.

Karen’s articles have appeared in the Grassroots Fundraising Journal and on her blog, Tour de Farce.

In 2012, she became a screener for the San Francisco Green Film Festival and in 2014 she joined the SPIN Academy Advisory Board (The Academy strengthens non-profit organizations working for social change by teaching staff members to communicate effectively to achieve results.)

For more than three decades, Karen has participated in more than 30 nonviolent direct actions against militarism and nuclear weapons and to protect the environment, in five states and the District of Columbia. In January 2017, she participated in Greenpeace’s RESIST banner protest behind the White House.

Karen holds a MFA in filmmaking from the San Francisco Art Institute and a BA in Sociology and Theater from Clark University.